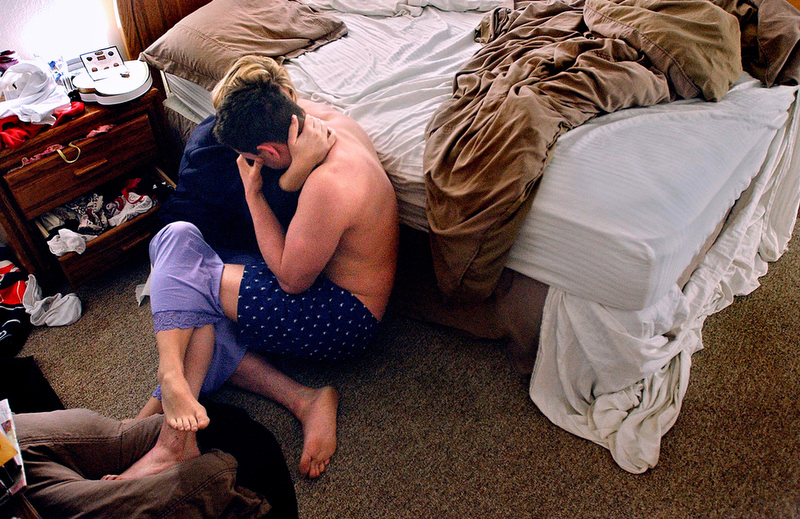 Jonathan and Amber embrace on the floor of their bedroom after a fight. Tensions in the household were high after Amber discovered that she was pregnant. Despite practicing safe sex, she and Jonathan had an accident. Jonathan was terrified at the thought of endangering his girlfriend but was relieved when repeated tests showed that Amber, and her baby, were HIV negative.